Butterfly cocoons, not the first thing you would expect on a website. But on the other hand, it is perhaps a conceivable subject given the fact that in recent years I have been busy photographing butterflies and caterpillars. I mainly show here what I am interested in. These are not the most common topics and that could just be one of the reasons why I started working on this.
Since about a year I have also been engaged in breeding caterpillars and butterflies. And the butterfly pupa is the stage between both manifestations. When I also went looking for images of these coccons, it soon became clear that there was very little footage available. And so, one plus one is two!
There is not much variation. A large part of the pupae are similar, with the understanding that there is a clear distinction between those of the common butterflies and moths. The sizes of the cocoons will also contribute little. Of those close to a thousand macro butterflies in our country The Netherlands, the size varies between roughly 9 mm to about 23 mm. With a few exceptions there. That means large group of cocoons has the same length. However, there are differences in shapes of dots, fringe-like appendages or brackets. Furthermore, one coccon is slimmer and another a bit rounder. But with such large numbers, ….. be my guest.
All in all, it’s not a difficult subject. There is little movement and if you have documented three sides of each one you are almost complete.
But the most important aspect is that I’ll like to show the combination of the caterpillar, the cocoon and finally the butterfly itself. 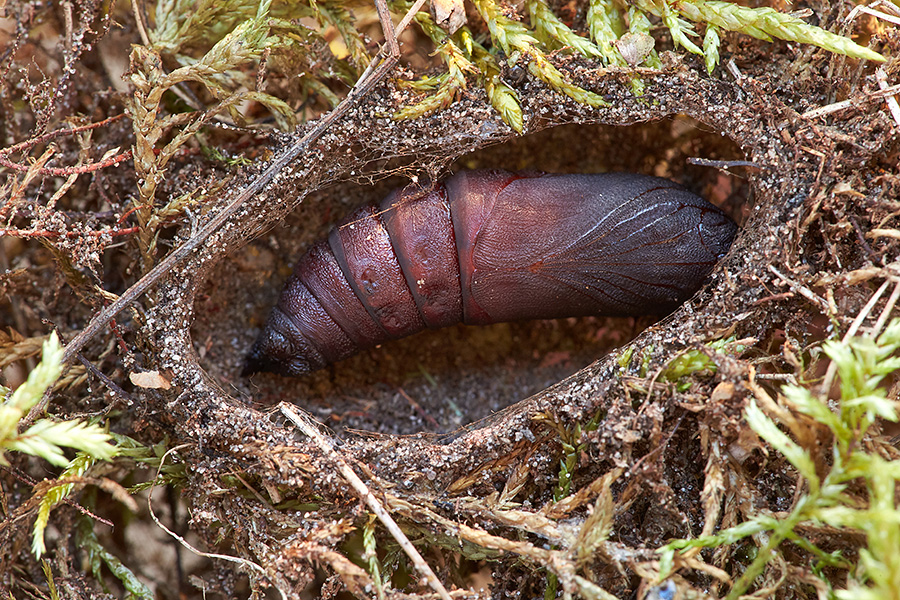