For the first time in many many years, we did not spend our family holiday in the Biebrza area in Poland. And if I’m honest, that was something to get used to. Instead, we traveled with a part of the family to the Aosta Valley in northwest Italy. This region holds the Aosta gran paradiso national park, a mountain area on the south side of the Alps.
We arrived in Italy under rainy conditions and this weather pattern would continue in the first week and a half. The Netherlands had a warm first half of the year 2014, but Italy however, had to deal with a very cold summer. I personally had no objection against the low temperatures, but the rain was a bummer. On the third day after our arrival we made our first big hike. The mountain slopes were in full bloom and the number of butterflies exceeded all expectations. However, the camera stayed in the caravan because, … ……. ”family walk”.
Then after days of bad weather again an appropriate day presented itself, and I went on stage alone. Unfortunately it started with heavy low clouds and mid-morning the sun broke through. Both actually not ideal for shooting. All in all, this day yielded very little images.
It was also clear that the end of the season approached. All fields around the campsite were mowed and in the mountain pastures, the number of flowers dropped quickly. To make the most out it was important to utilize the early morning hours. Altogheter about two and a half hours with suitable conditions a day. I should mention that there are no motorways available in the mountains and walking is the only way to get somewhere. Not all muscles and tendons were otherwise sufficiently trained. A light bruised foot also resulted in forced observing the other campers for two days.
Despite the many butterflies it still takes a lot of time to find one in a setting that does not lead to a more or less standard image. But with so many butterflies around, spending time in the field is the only option to get the maximum result. I certainly hope to visit the area a second time. 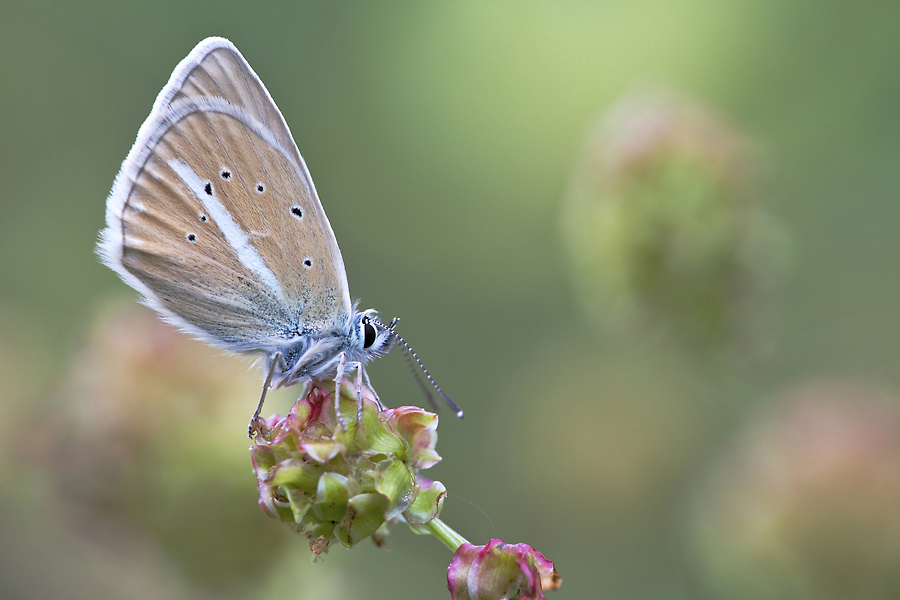