This island group , discovered in 1596 by Willem Barents , located on the edge of the actual North Pool. The recent history of Spitsbergen is characterized by whaling and later, fur hunting . In the twentieth century it was the mining which eventually led to a permanent occupation of the main island. Today, in addition to these mining, mainly tourism is the major source of income. Ny Alesund is the northernmost settlement and is in the summer inhabited by scientists investigating the climate and issues that have to do with nature.

The entire archipelago holds around 3000 to 4000 people, living according to the season . Besides the Nordic settlements, there is also the Russian base Barentsburg .

Despite the high northern location, the winters are relatively mild. This is due to the warm Gulf Stream that runs north along the west coast . This gulf stream affects the weather so that even in mid-winter temperatures above freezing can come true. The average winter temperature is minus 12 degrees and special enough March is the coldest month. The east coast is much less influenced by the Gulf Stream and does have a typical high arctic climate.
Spitsbergen is rich in birds and certainly the Auks are represented in large numbers . Striking at the mammal population is the lack of Lemmings and also mosquitoes are absent.  Although, recently they have shown up in small numbers and that all probably has to do with the numbers of cruiseships visiting the archipelago. The Svalbard reindeer is a separate subspecies and has shorter legs as compared to the other forms. The position of the whales seems to improve somewhat in recent years and Bowhead whales are seen increasingly. However, the numbers are still relatively low.

The king of the archipelago is definitely the Polar bear. Jan has made ​​two trips to the area and for several times he had special encounters with these magnificent animals. The landscape is extremely overwhelming and mostly untouched.

The presentation lasts about two hours. 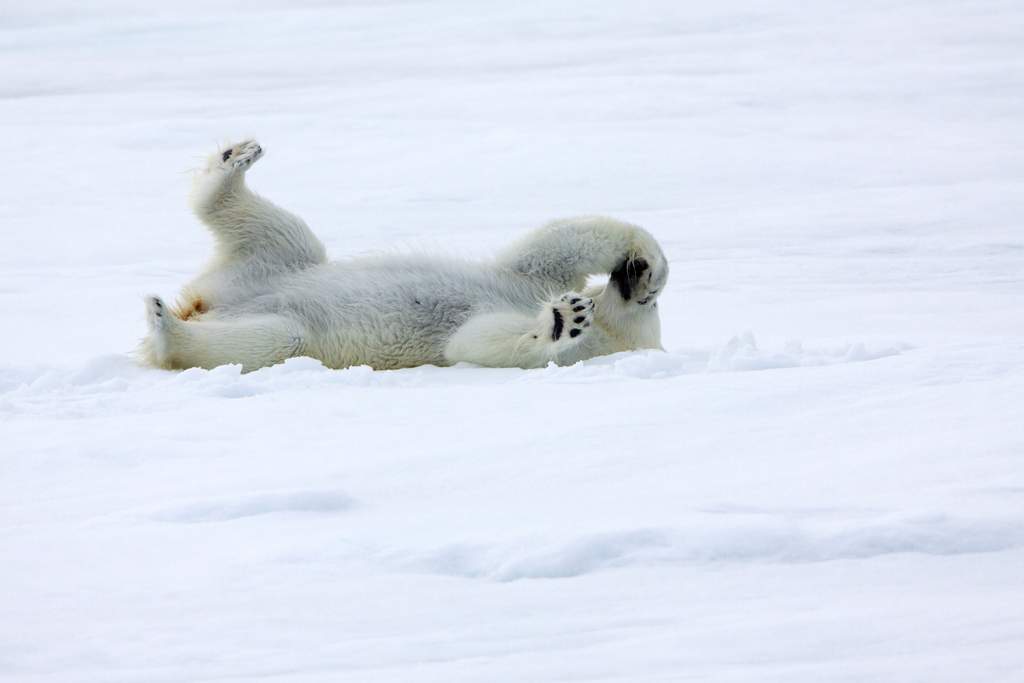