Greenland we know nowadays especially because of the horror stories about melting ice caps and rising sea levels as a result thereof . It is the largest island in the world and autonomous.

In the 13th century the island was inhabited by the Inuit . Early 19th century again they became in ​​contact with Scandinavia and the island finally came under the influence of what we use to call civilization!. Although customized, many Inuit still live like in earlier times.
The Greenland ( Inuktitut ) is recognized as an official language since 2008 . Most of the approximately 58,000 inhabitants live on the west coast and in the far south . The climate is mild enough for even a limited form of agriculture. This is due to the warm Gulf Stream who wields his influence. The vast majority of the island , however, is covered with a layer of ice up to three kilometers thick.

The main sources of income are nowadays, tourism, fishing and hunting, and sheep breeding . Mining was an activity in the past, but the last mine closed in 1990 .

The nature of the country is overwhelming and as a tourist you can now choose from a range of destinations . The journey that Jan has made ​​went to the east coast of Greenland, and he has sailed around in the famous fjord Ittoqqortoormiit . The fjords on the east coast are only accessible at the end of summer because the ice first have to retreat . What remains are the sometimes huge icebergs, broken off the glaciers that one passes regularly. At this time also colors the landscape red and yellow, because the first frosts start again in early September. An encounter with a polar bear or Musk ox is always possible.

The beautiful landscapes are the main focus in this series. The presentation lasts about forty-five minutes . 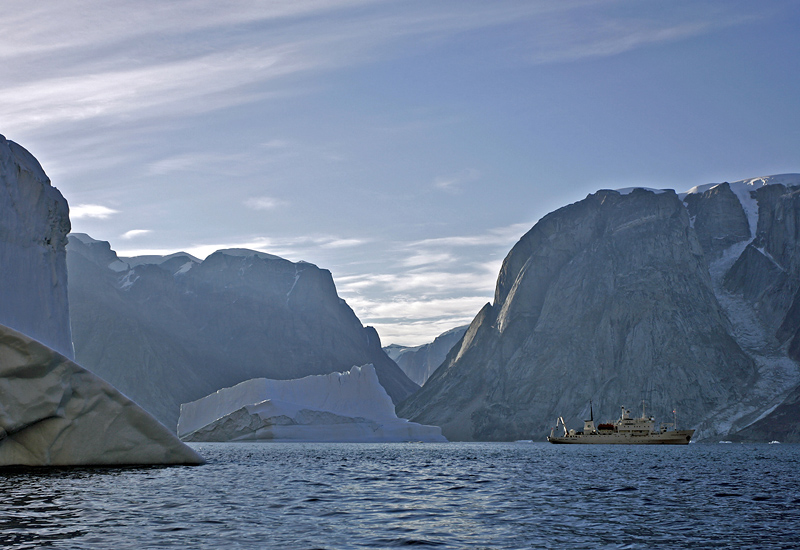