In the spring of 2021 I received good news from Poland. For the first time in years, the water level in the Biebrza area was once again old-fashioned high. The height of the water level there is mainly determined by the amount of precipitation, especially that of the previous winter. An excellent opportunity to get started with the floating hide again and to focus attention on the birds.
At the end of April it was time and despite the very cold spring I had good hopes that I would find enough waterfowl. Unfortunately, immediately upon arrival it turned out that the water level had dropped dramatically in two weeks time. The inhabitants of the area had not often seen it flow away so quickly.
The consequence was that all Ruffs, first present in large numbers, had moved on to more suitable places. The numbers of the other waterfowl were also small. Of the many songbirds that abound in the Biebrza swamps, I did not observe many species because their arrival time had been pushed back considerably due to the cold weather. The numbers of Storks were also low and the number of occupied nests was significantly less than in previous years.
Plant life had only just started due to the cold spring. Fields that normally show a sea of ​​flowers, were bare. What that would mean for the numbers off caterpillar was briefly questioned, but it soon became apparent that with the help of a UV lamp, there was enough to be found. An interesting strip under a high-voltage line turned out to have been worked with a forest flail during winter. There is a large amount of Heather on this route, together with a variety of small trees such as Oak,Prunus serotina and Birch. In September the year before I had already found quite a few caterpillar species on this stretch and they should be fully grown by spring. After the work, of course, there was nothing left of it. Still a disappointment because I had the idea that this would give me a number of new varieties. Later, in August 2021, I went back again and I could see that the recovery was going smoothly. More about that in a later article.
I also intended to spend the necessary time with the group of amphibians. The Green toad in particular was high on the wish list. A beautifully colored species that was suspected to occur in the area. And with species such as Garlic Toad (Bufotes viridis) and Red-bellied Toad (Bombina bombina), there is also plenty to do in this area. The Grass Snakes, however, were again nowhere to be seen. Too cold!. The positive side of the latter is that I have not seen any dead vehicles. In particular, the road that runs through the national park can be littered with squashed snakes. Especially now that a new layer of asphalt has been applied, the speed of traffic has increased considerably. Previously, the quality of the road was so bad that people simply took it easy.
All in all and with the necessary ups and downs, this trip turned out to be a success again. But just staying there is already very pleasant. 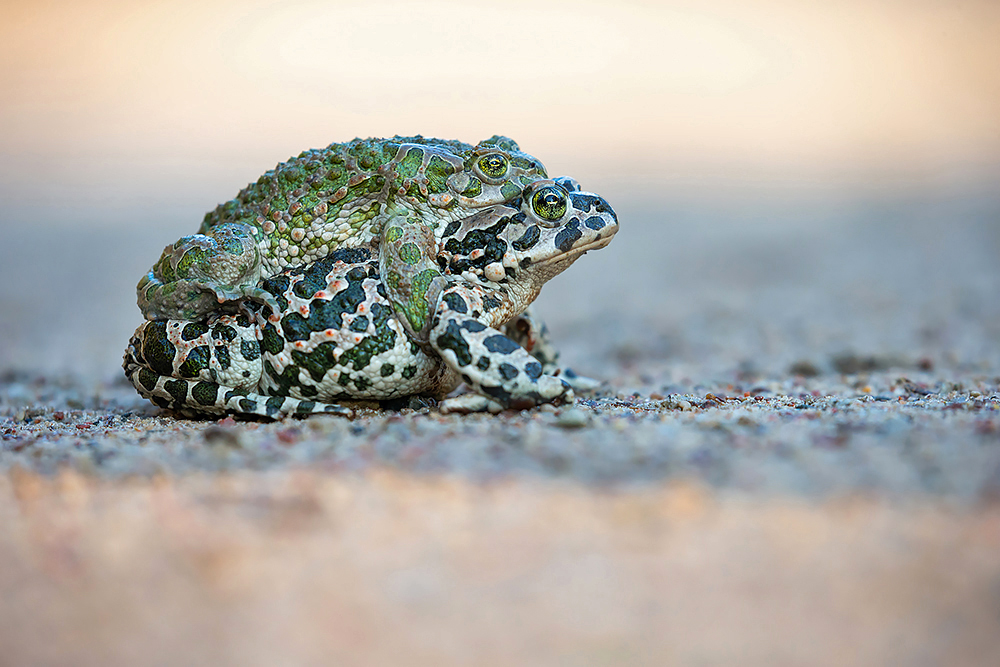