The second gallery this year of the Biebrza National Park in north east Poland. What more can I write about it? The more regular visitors of this site meanwhile know the ins and outs of this marsh area and surroundings.
And like every year, it was again the choice of our daughter to spend the summer vacation in this area. She starts getting older now and so gets a little more choice to go along with nature, or ………to stay in the guesthouse. Usually it’s the last and that gives us (my wife and I) some more time to look for photo subjects together.
Much of the time has been spent on searching for caterpillars. Certainly, now that I have received some help from one of the Dutch specialists , this remains an attractive subject. Meanwhile, our friend Jan Choinski, a local farmer, has also been “infected” with this interest and we have taken him on our trips regularly. We keep each other informed by sending SMS messages, in a simple jargon that has developed over the years. All of this has resulted in about twelve new species, including even one copy of which I have not found yet registered for Poland. Although this is a little restrained because, no hundred percent of all caterpillars one can put a lable on. Often, in this kind of cases, one tries to catch both sexes of a butterflie, and hopefully a pairing will follow and the whole cycle of egg and caterpillar can be monitored closely. Obviously all this is photographically recorded.
It was good to see that the enormous drought of the past two years was over. Although the two well-known peat moor areas were not yet at the desired level, it all was a lot better than previous years. However, we did not find any specimens of the specific species of butterflies and dragons living in this biotope. But it is also possible that we were not present at the optimum time in the season, even though these populations will had a great blow because of the long-term drought. 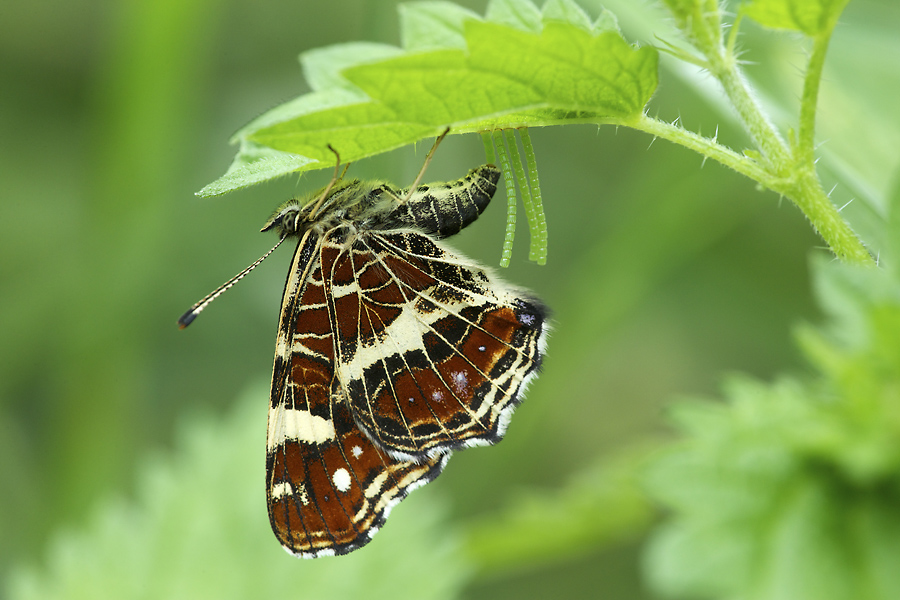