Setting up a website is one thing, posting news regularly is another. And the latter is sometimes the case. Although sufficient material has become available, I have neglected the latter.
This is the impetus for catching up. A series of at least four items to be current again.
This series is the footage of yet another visit to the Biebrza swamps in northeastern Poland. The period is August 2021. Also this time the focus was mainly on finding caterpillars and butterflies. And if there is enough of that, there is little time left for some other subjects.
Visiting the same area regularly does not mean that you will only encounter the same species. One year is not the next turns out every time. Species of which you have not found a single specimen for years, suddenly appears everywhere. It may well be possible to explain what underlies this, but I do not have that information available for the time being. I don’t think it is due to a change in the landscape, because hardly anything happens with it. Weather conditions may play a role, but as with many other animals, species occasionally have a year in which they occur in significantly larger numbers. For some species, this is also referred to as a “mast year”. With a next news item I will try to find out this info.
For some of the caterpillars, breeding to a butterfly only provides complete certainty about the species. For example, the caterpillar of the Pine Carpet, Pennithera firmata, was about to pupate. A search for comparable recordings of this stage turned up nothing. Fortunately, about two weeks later the butterfly emerged from the pupa and the species was known. With the “gathering” of caterpillars is also an important factor on which plant you find the species. Often the host plant is also directly the food plant. The species mentioned earlier is a good example of this. The caterpillar was therefore not photographed on the correct plant. During the “tapping” of caterpillars, one will have to pay very close attention to where it came from. In other words, check the moment you switch to another tree species or shrub. 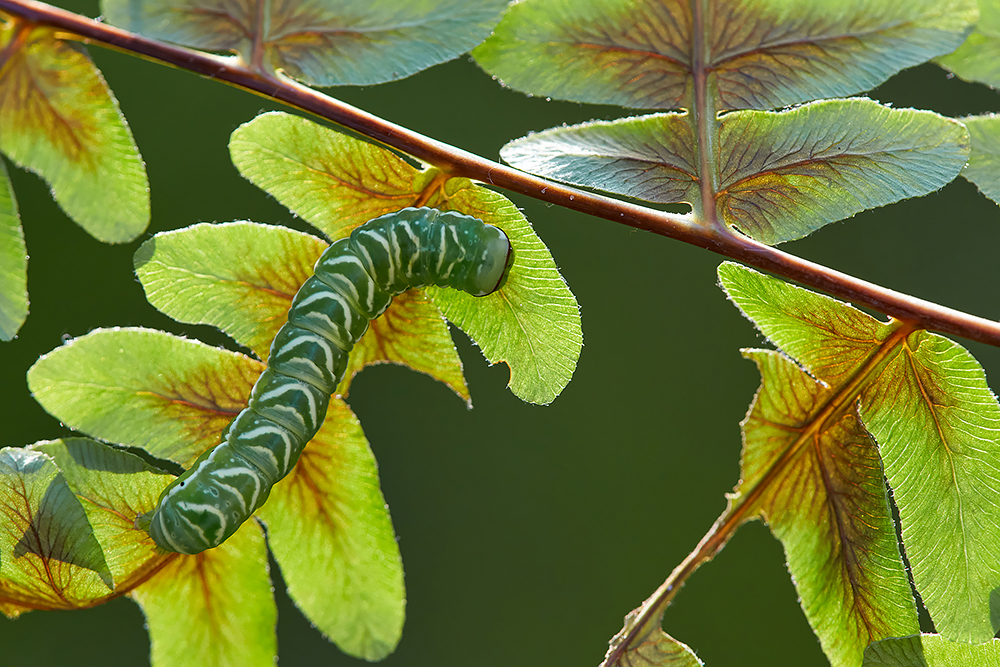