In 2014, the destination of our summer vacation was the Aosta valley in Italy. By choosing this destination, we interrupted a long continuous series of visits to the Biebrza marshes in north-east Poland. However, when asking our daughter in the spring of 2015 where she wanted to spend her holiday, her response was very positive, I want to Ella and Janek in Poland. This couple are the hospitable owner of the guesthouse Carskit Trakt, located in the southern part of the Biebrza area. An excellent location where many of the specialities of this famous swamp can be find in a short distance. The agricultural areas in the neighborhood also offer plenty of nature and provide a great variety to find species of plants and animals.
But like many parts of Europe, Poland also had to contend in 2015 with a great lack of precipitation. This resulted in a historically low water level for me. Waterways and sedge marshes were dry and the inputs of many beaver lodges sticking out above the water. The number of dragonflies was markedly lower than usual and a species like the Large Copper butterfly was missing completely. A local friend and lover of nature told me that he had hardly seen also a butterfly species like Swallowtail. The quest for edible mushrooms also delivered though not much. And a very strong heat wave in the second week brought no improvement to it.
Partly because of the high temperatures, the days mainly consisted of looking up for shade or swimming in the river. Remarkably was the strong cooling in the early evenings. By having supper early, we had the opportunity to use these cooling and spend some time in the surrounding nature.
With the aforementioned friend, I’ve been on a one day excursion, including to the national park. This we had already planned in 2013, but by then it could not go on due to private circumstances. Because of the drought it was now possible to leave the trails. The result was that we soon were lost and we had to end up using the sun to determine our direction. On return we appeared on the road and came out just a kilometer south of our car. Actually, not even a very bad result considering the vastness of the area.
A change in the area which I’m less happy with is mowing the roadsides. Until recently beautifully overgrown and as a result plenty of butterflies and caterpillars that made use of them. Is this required by the EU’s morbidly overregulation , or a result of increased prosperity wherever it apparently belongs to ???
Perhaps I may make a request, ……… Poland, please keep your country as natural as possible. It’s one of the things that makes it so beautiful. 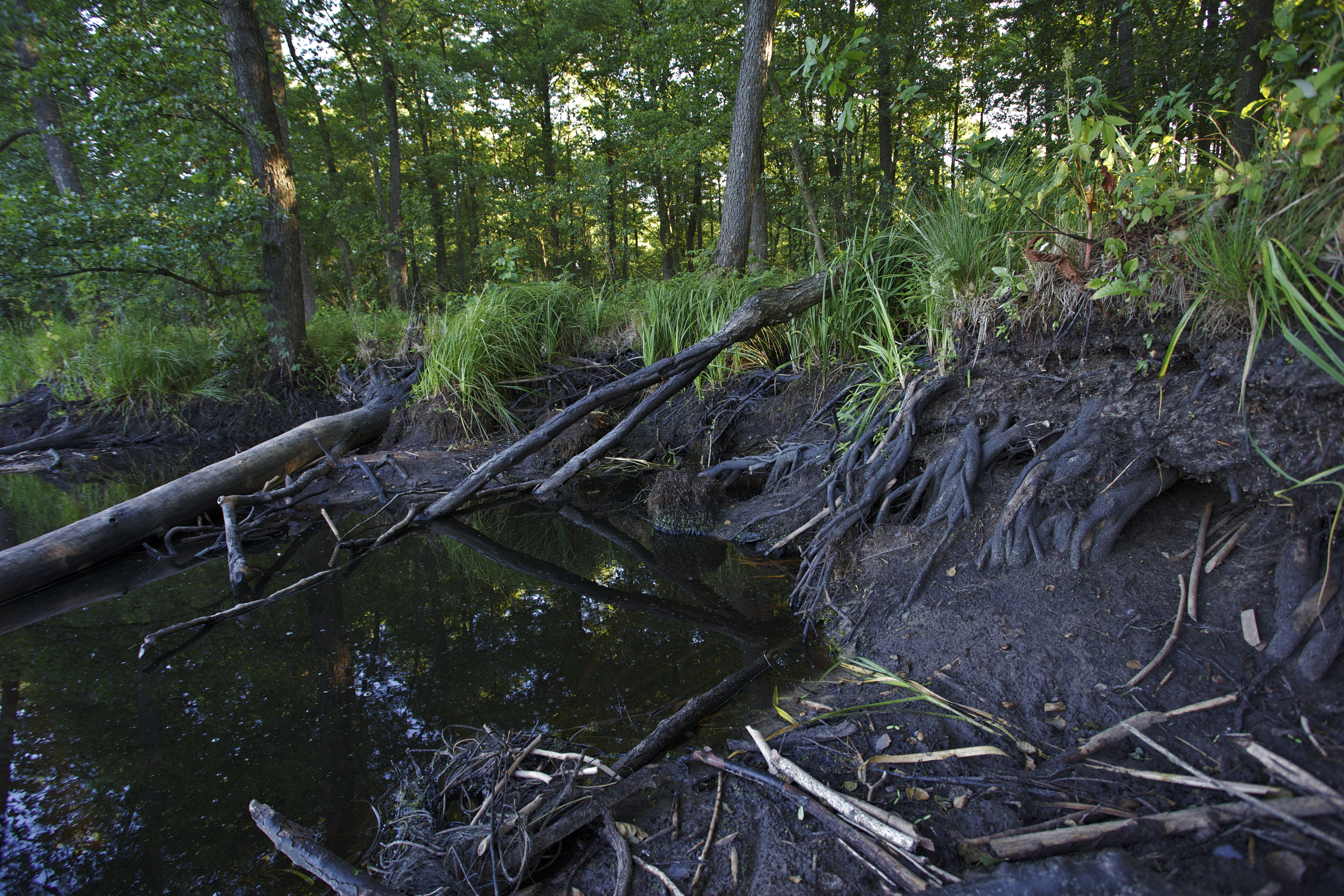