In June 2019, together with a small international group, I made a trip to the Indigirka Delta in north-east Siberia. It was the first time this trip was organized. The original goal, two years earlier, was the Lena Delta. A delta which is located slightly more to the west. Because this journey was canceled at the last minute, an alternative was sought.
The main purpose of both trips was to see and photograph the Ross’ Gull. A species of bird that can only be found worldwide with reasonable certainty at both mentioned locations. And then only in the breeding season. In any case, the breeding ground of only four percent of the entire world population is known. Still an elusive bird species.
The journey began in Yakutsk, the capital of the eponymous republic of Yakutia. This Siberian capital is about a 6.5-hour flight from Moscow and is completely surrounded by unspoilt nature. On the east side is the mighty Lena river. On site we are accompanied by a few local guides, scientists who naturally have their field of work in the field of nature. In the few days we stayed there we mainly visited the surrounding taiga forests. Pure nature and of course with a range of Siberian bird species. Due to the warm spring weather, the breeding season was already well underway. Many birds now had almost or fully grown youngsters. A big contrast with a year that goes ” normal ”. In the delta itself we understood from the professor that this is a 30-year cycle in which these weather conditions occur.
After a few days we left with a fairly dated propeller plane to our final goal, the Indigirka Delta. You arrive in Chokurdakh, an old place that still flourished in the communist era. The population has since shrunk to 2,000 people (was 5,000). It is always difficult to estimate where such places still ‘earn’ their right to exist. It probably costs a considerable amount of government support each year. The preservation of these settlements certainly has to do with ” presence ”.
That living in these locations will not be easy is a statement. A summer of about four months and a long dark period in the winter. In addition, the temperatures of minus 30 or lower do not invite you to take a nice walk. 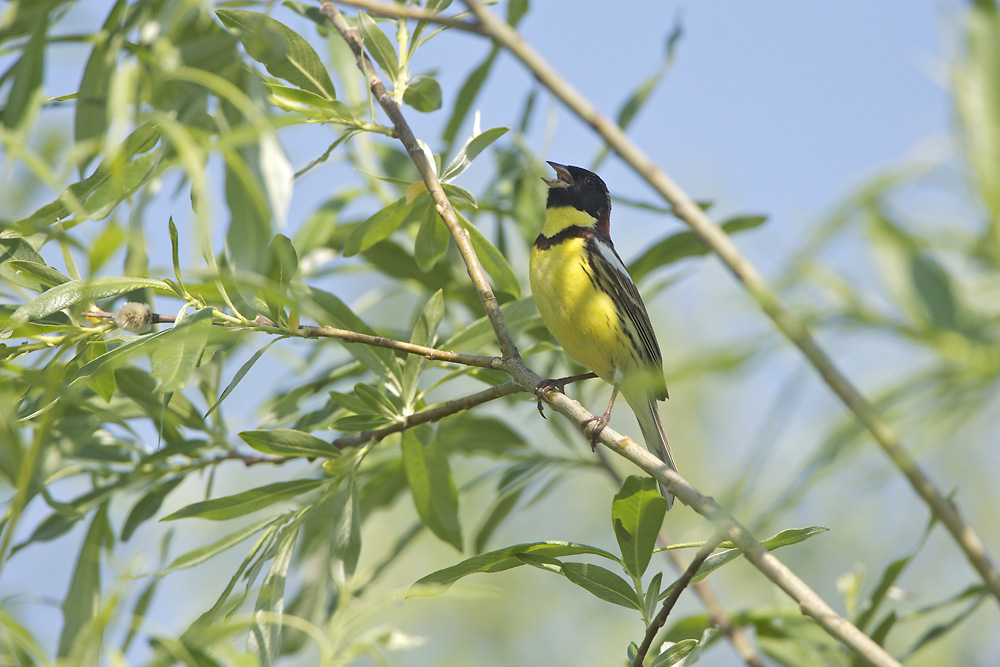